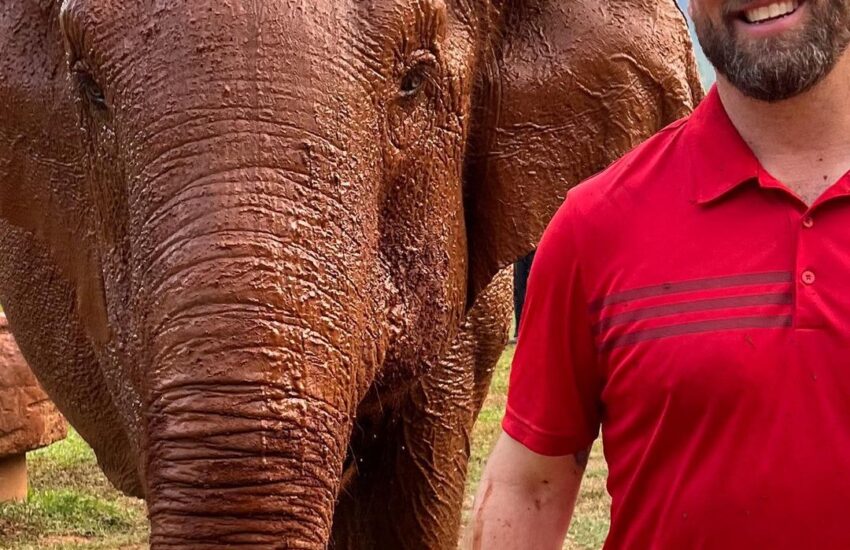 Derrick Campana AKA the Wizard of Paws is an animal orthotist, Reality Tv Star, and the President of Animal Orthocare, LLC. He has specialized in Veterinary Prosthetics and Orthotics. He is based in Sterling, Virginia.

Campana is Believed to be in his late 30’s or Early 40’s. His exact date of birth, Age, and Birthday are unavailable.

Is He Married? Derrick and His wife Kelly Felton Campana Reside in Virginia. The Couple Got Married in a private Ceremony in 2011. They have two sons namely Jackson James, born on June 7, 2018, and Cole, born on July 7, 2013.

Derrick is the son of Debbie and Jim Campana . His Mother is a proud Member of the Gem Stone Dancers and a serious line dancer as well. His Mothers Friends have always been Following him on Tv and one of his greatest fans  come from his Village of of Belle Aire buddy .

Campana has a twin Brother  called, Darrell campana.  Darrell, attended Penn State University and rcalls that he was was super jealousbecause his Twin was having fun and IHwas at a military college.”

He eventually transferred to Penn State Intening to work in athletic training or a similar field.He majored in Kinesiology.

Derrick Travels alongide his Dog Henry. The two travel around the USA . in Campana’s mobile prosthetics and make stops is certain towns and craete pet Prosthetics and help pets back on their paws.

Compana’s Career as an animal orthotist started as a complete acident. Initially he went to to school to learn how to fit Humans for prosthetics and orthotics. However More often than not veterinarians would drop by his Former workplace either by car or Motorcycle.

One day he created a prosthetic limb for a Chocolate Lab named Charles and this was the beggining of everything, His lient base would rapidly grow.

the Wizard of paws began his career initially building orthotic and prosthetic devices for Humans. However in 2005 he discovered his true passion when he made his first device for a dog.

His Work of building orthotic and prosthetic devices for animals has has helped all kinds of animals from elephants to Dogs and given them not only a better life but also mobility.

Derrick has treated nearly 25,000 furry patients by providing them with custom designed mobility devices since he helped his first Dog in 2005.

For his Educational background, He attended the Penn State University and raduated with a degree in Kinesiology and Biomechanics .He also attended the Northwestern University where he reieved his master’s degree in Orthotics and Prosthetics .

His Show Wizard of paws Airs on BYU TV, a Brigham Young University owned tv Stations. The channel is available in the Us throughcable and satellite distributers and has  Number of original TV Shows.