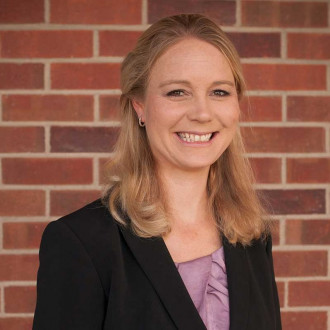 Erin Morrow Hawley is a senior legal fellow at Independent Women’s Law Center. She is the Wife of Senator Josh Hawley.

Prior to her joining the Independent Women’s Law Center she served as an Associate Professor of Law at the University of Missouri where she taught federal income tax, tax policy, agricultural law, and constitutional litigation.

Morrow was born and raised in a Christian Household. Her religion is  Christianity.

Erin was born and raised in the United States of America by her Loving Parents. However, Attempts to establish her father and mother’s identity have been Futile. It is not known if she has siblings.

Morrow stands at a height of 5 feet 9 inches tall.

For her Academic Qualifications, Erin Holds a bachelor’s degree in Animal Science from Texas A&M University and her law degree from Yale Law School.

She served as a Coker Fellow (teaching assistant in constitutional law) and on The Yale Law Journal During her Time in Law school.

Hawley currently serves as a senior legal fellow at Independent Women’s Law Center. Prior to this she taught federal income tax, tax policy, agricultural law and constitutional litigation, at the University of Missouri and was an Associate Professor at the Institution.

She practiced appellate law at King & Spalding LLP and Kirkland & Ellis LLP, both in Washington, Prior to her Joining Law School. She also worked as counsel to Attorney General Michael Mukasey at the Department of Justice.

She has been published in a number of journals and her scholarship focused primarily on the federal courts.

She is a Former Clerk to Judge J. Harvie Wilkinson III of the U.S. Court of Appeals for the Fourth Circuit and Chief Justice John G. Roberts Jr. of the Supreme Court of the United States.

Professor Hawley Work has been widely quoted by the Washington Post and USNews and many Other Publications. She