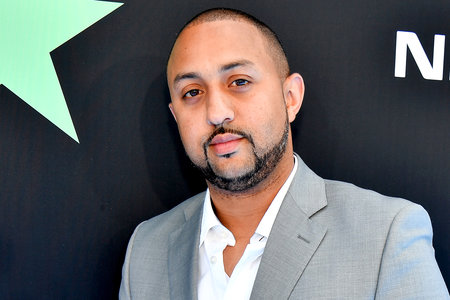 Michael Sterling is the husband of Eva Marcille well known as a television personality, actress, and fashion model. She also got to be in Season 10 of The Real Housewives of Atlanta as a friend of Nene Leakes and in season 11, she became a full-time cast. He is a former mayoral candidate and a lawyer.

He is married to his wife Eva Marcille, an actress, television personality, and fashion designer. They got engaged in December 2017 after dating for some time. She came out on social media to show her fans her diamond engagement ring. They then got married on the 7th of October 2018.

It is obvious that the two have been really happy in their marriage and all the best to the family.

She was born in Los Angeles, California, and is from a really good family. Eva was a student at Raymond Avenue Elementary School, then joined Marina Del Rey Middle School. She then got to be in Washington Preparatory High School for her high school education. Eva then got to be a student at Clark Atlanta University in Atlanta, Georgia, before she decided to quit her education after she won America’s Next Top Model competition.

She got to be on magazine covers like Cover Girl Elle, Brides Noir, King, and others. Her acting career got to its best after being on the famous soap opera The Young and the Restless.

The two have been blessed with two sons. One was born in April 2018 while the other in September 2019. As for Eva, she has a daughter from her previous relationship with Kevin McCall. The two went their separate ways in 2014 with Eva having the child under her custody.

She revealed that she had her child’s last name changed from McCall to Sterling that oh her current husband.

He was born and raised in Beaumont, Texas USA by his parents. His parents worked tirelessly to make sure that his son had everything that he would want and a good life. He has not disclosed any details concerning his parents’ names.

He did his early education in his home town and after high school, he joined Morehouse College where he obtained a Bachelor of Arts degree in Political Science. He then joined Texas Southern University’s Thurgood Marshall School of Law to further his education and obtained his Juris Doctor degree.

He used to be an Assistant US Attorney in the Northern District of Illinois, Eastern Division. Michael also served at the City of Atlanta Workforce Development Agency as the Executive Director. He became a Senior Advisor to Kasim Reed.

He started his campaign to become the Atlanta Mayor in 2017, however, he lost the seat to Ceasar Mitchell. At the moment he serves as an attorney at Sidley Austin.

The lawyer became famous after his romantic status with the famous Eva Marcille. It was a surprise to many especially her fans after being in other relationships. They have a beautiful family together. His career is also in place as he is still a lawyer.

It is estimated that his net worth may be around $ 1 million or more. This is for his career as a politician and lawyer.