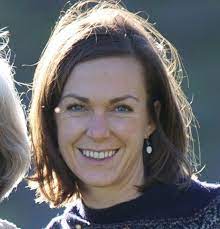 She is married to her husband John Chester. He is in the show The Biggest Little Farm: The Return. Her husband is known as a television director, filmmaker, and entrepreneur. It is not known if the couple has children.

He is an Emmy award winner as a television director and filmmaker. John has worked with OWN’s Super Soul Sunday as he shot films for them. He also worked on Random 1 which is a docu-series and was aired on A&E.

Lost in Woonsocket was inspired by that series and was premiered at SXSW. He is also in The Biggest Little Fram which tells the 7-year story of Apricot Lane Farms. He is also with his wife this started out in 2011.

Where she studied when she was at her younger age is not known. Even that University/ College she went to or what she pursued still remains anonymous.

Her personal life is not exposed to the public. She has maintained to keep things to herself about her family.

It is a show that is aired on National Geography. The docu-series is based on the story of John and Molly Chester which was an award-winning one in 2018. The two left their urban life in Los Angeles where they used to live and moved to a barren farm.

Their aim as to grow delicious food with the nature in Ventura County. They have had 10 years of tirelessnes as to transform the land they found bare into a magical working farm. Apricot Lane Farms is a complex and beautiful wourld that helps hem reflect on their biodiversity.

In the show, there is a pig named Emma who has welcomed her new little ones and there is also Moe a lamb. They also show how they utilize the interconnectedness of nature. They do so too, maximize biodiversity, help build soil health, and help in the growth of most of the nutrient food.

I remember when John Chester was doing heartwarming short films for @SuperSoulSunday about Emma the 🐷. Now he’s made a an entire delightful movie. In theaters this weekend. #BiggestLittleFarm https://t.co/hbLN72zn9v