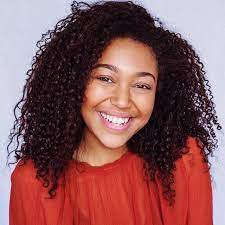 Mychala Lee, also known as Mychala Faith Lee, is an American actress, model, and television personality who is well known for her role as Kelly Freeman, in the film, End of the Road. Additionally, Lee has made appearances in Truth Be Told and Relish.

Actress Mychala is 20 years old as of 2022. Lee was born on November 7, 2002, in Los Angeles, California, United States. Mychala celebrates her birthday every November every year. Her zodiac sign is Scorpio.

Mychala Lee Boyfriend, Is she Dating?

Lee is currently in a relationship with Jason Solomon. Jason Solomon is a blogger and a famous Instagram user. However, Mychala doesn’t share much information about their relationship. Lee shares their pictures online.

On Jason Solomon’s birthday, Mychala shared their photo via her Instagram with the caption; ‘Happy birthday my love. You are everything I could’ve prayed for and more. Thank you for all you do for me. I wish you feel amazing today and every day!!’

Lee was a student in os Angeles in her Junior High School. She is still a student in college. However, Mychala is yet to share her educational background. Thus, we are still to update this.

Lee is yet to share information on either her mother or father and also whether she has any siblings. Thus, we are yet to update information about her family background.

Lee made her debut appearance for the camera in 2015 in a music video. She appeared in Shady Neighbours as her first film as Kendra. In the television series, Truth Be Told, Mychala played Trini Killebrew, Zarina’s sister(Merle Dandridge) for 10 episodes.

Lee has made appearances in several films and television series including Camp, The Greatest Inheritance, Truth Be Told, Relish, Lulu, Wednesday, Shady Neighbors, and Brooke Sorenson: 3 Days, among many more.

Mychala Lee End of the Road

End of the Road is a film based on an action thriller where a family trip becomes dangerous to Brenda’s family. While taking their path in a lonely desert, in New Mexico desert, they are forced to fight back after becoming a target of a mysterious killer.

Lee has an Estimated net worth of $1 Million or More. Her successful acting career is her Primary Source of Income.