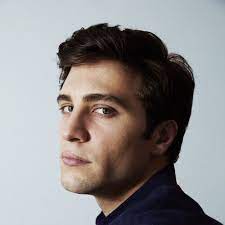 Pol Monen is a Spanish actor who is well known for his breakout role as Carlos in Amar. He most recently appeared on The Girl in the Mirror 2022 and has previously featured in films and tv Shows such as Ego, Bad Education, and The Pandemic.

Pol is presumably single and not dating anyone at the moment. He is a reserved person who doesn’t like revealing information about his romantic aspect of life to the general public. As of this writing, there is no online publication or media that has linked Pol to anyone romantically, we can therefore not confirm if he has a girlfriend, or if he is currently single. In case of any new developments or updates in his romantic life, we will be sure to update you.

He was born and raised in Barcelona by his parents. Being born to a Spanish household Monen got his name from the fusion of two family names:’ Montañés’ and ‘Enrich. His parents made sure that their child never lacked. He grow up in a hard-working family which motivated him to be the same.

Pol is estimated to be 5 feet 10 inches tall. His weight and body measurements details are still unknown to the public domain.

Pol Monen The Girl in the Mirror

He is in the Spanish supernatural thriller television series The Girl in the Mirror as Bruno. The series follows the life of Alma who was involved in a bus crash and was the only one who survived. She finally wakes up in the hospital but she cannot remember anything as she is suffering from amnesia. She gets really traumatized and tries to unravel the mystery behind the accident.

It is a 2017 Spanish romantic drama film directed by Esteban Crespo. The storyline of the film is about Laura and Carlos they love each other as if every day is their last day together. Laura’s driven by the desire to control her own life and break free from her mother and wants to get pregnant. They look for their place in this world, but after one year their deep passion becomes a memory.

Some of the casts include: María Caballero, Paz Muñoz, Sonia Almarcha, María Pedraza and Marta Belenguer.

In 2004 when he was 10 years old he appeared in the film La Mala Educación. He had his tv debut in 2005 wih a guest role in TV3’s El cor de la ciutat. When he was 18 years old he moved to Madrid and did Journalism in school. Pol also trained as an actor with Juan Carlos Corazza.

In 2017 he was in the romantic drama film Amar: With You Until the End of the World as Carlos. His role in the film earned him a nomination for the Goya Award for Best New Actor at the 32nd Goya Awards. In 2019 he was in the cast of the Netflix series La Reina del Sur.

Pol’s net worth is estimated to be around $500k or more.